Today you get to read a fabulous guest post from my friend Katrina.  Katrina is a blog friend turned in real life friend.  We’ve been able to get together a few times locally, we drove to see Emily Freeman speak and she let me cry on her shoulder at Allume last year.

Katrina has a fantastic sense of sarcasm, is a deep thinker and loves the Lord.  Just my kind of person.  I hope you’ll visit Katrina over at her blog. Be sure to check out her Provision Stories just after you read and comment on this one!  Here’s Katrina:

Amy may have introduced this as a “guest post,” but I’m not going to kid you. I’m totally hiding out over here because I need a place to confess. You see, my blog has a bit of a reputation for talking about real food, so it’s just not a safe place to use the word “Cheetos.” I have something to get off my chest, so I begged her to invite me over. 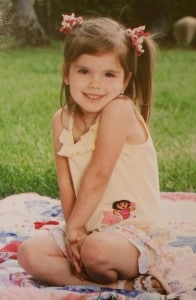 I have a daughter. She is three and three-quarter years old. She is a diva. Strong-willed. Spoiled. Adorable. Bratty. Darling. A Control Freak. Innocent. Devilish. Angelic. Beastly. You probably know a kid like this. She loves Cheetos. She is like a moth to a flame with Cheetos. Every time we eat at Subway (here I duck down to avoid the scowls of my readers who cannot bear to learn that I darken the door of such an establishment, much less feed her food that Satan feeds his spawn), she runs to the chip display and performs a jack-in-the-box like spastic thrown-down. CHEETOS!! CHEETOS! CHEETOS!!

Since, we do not buy this kind of food at home, I let her eat Cheetos at Subway as a treat. However, last week, I made the mistake of taking all three of my luverlies to the Harris Teeter to pick up a few items. Normally, I know better than to take three snacky shorties shopping, but apparently, I was feeling extremely stupid. Thus I found myself on the “pretzel aisle” being accosted by my three tinies with ginormous brown eyes and pleading voices. They promised that if I bought them Cheetos that they’d stop pulling the shopping cart back and forth like a jerky roller coaster. Additionally, they would be good for the rest of their lives, AND they would love me forever. Well, as I stated, I was feeling extremely stupid, so like an idiot, I bought the Cheetos. (PS: Judge not. Lest you shall be judged.)

The Cheetos came home to our house. They moved into the cupboard and lived just downshelf from all my organic grains and healthy nuts, etc. With their crunchy fried, GMO laden, excitotoxin filled puff, they sang their neon orange powdery siren-song to my babies. Especially to my little three-year old.

After I picked her up from pre-school last week, where she’d had a few Cheetos in her lunch, she badgered me relentlessly all the way home for more. I refused. (I was feeling slightly less stupid.) However, unlike my older two mild-mannered, easy going, relatively compliant children, this girl does not take no for an answer. 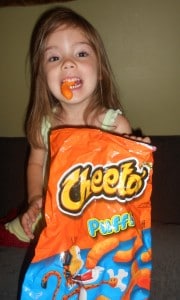 If you don’t give me Cheetos, I’m not going to eat anything else.

If you don’t give me Cheetos, I’m not going to play with you.

If you don’t give me Cheetos, I’m not going to stay with you.

I’m very sorry to hear that.

If you don’t give me Cheetos, I’m going in my room and I’ll never see you ever again.

I will really miss you.

This went on for the entire ride home and then she followed me around the house, threatening me with all the terribly things she would do to me as punishment for withholding Cheetos from her.

Eventually, I went to hide in the bathroom. (PS: Judge not. In fact, judge never. I’m pretty sure that judging my friends with strong willed kids is what prompted the Lord to send me this little Princess.)

Anywho, when I came out, she was standing outside the door, hands on her hips. She said firmly, “If you don’t give me Cheetos, I’m gonna hit you in the face.” Y’all. I burst out laughing. It couldn’t be helped. I clasped my hand over my face as quickly as I could, but she knew I thought it was funny. And she started laughing too. And I did not give her Cheetos. (Or the spank that my husband insisted she should have gotten.)

Okay, there is probably a couple good lessons that I could extract from the aforementioned parenting debacle pertaining to child nutrition, discipline, and/or standing up to Meter-high bullies, but I’m gonna go a different way because, as is plainly obvious, I’m no expert in those categories.

When they rejected God as King, He gave them what they wanted because they persistently asked for it. I wish I was making this up, but if you go read it, you will see that it’s true.

I don’t know all of God’s motives, but I speculate that he knew they would experience the consequences of having a human king. Boy howdy, did they ever. Like war, split kingdom, exile, slavery, devastation. (Read the rest of the Bible for more info on this.)

Now mind you, He didn’t abandon them. In fact, He actually chose and anointed human kings for them, but that wasn’t His first plan for them. He Himself was. We are told in churchy settings that we will always be given God’s best, but I don’t think that is what Scripture actually demonstrates. Thanks to free-will, we can ask for second-best, or even worse. Girlfriends, that is scary. It is scary because when God doesn’t answer the way I want, I just get all super-mature. Even though I’m ashamed to admit it, I start playing this crazy pre-schooler game. I tell myself that I’m “waiting on the Lord,” but this is what I’m doing.

If you don’t give me what I want, I’m not going to spend time with you.

If you don’t give me what I want, I’m not going to serve you.

If you don’t give me what I want, I’m not going to worship you.

If you don’t give me what I want, I’m going to be complacent about you.

If you don’t give me what I want, I’m not going to trust you. 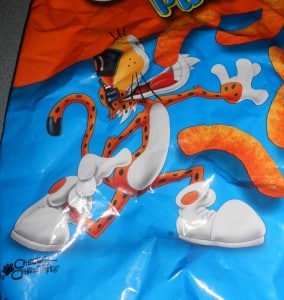 My little exchange with my daughter brought to light how ridiculous it is to think that I can manipulate God’s will with threats and blackmail. Worse, I realized He may just GIVE ME WHAT I WANT–not because he’s stupid, exhausted, or beaten down like human-me, but because He knows I need to experience some consequences for my immaturity.

Then, triumphantly, face covered in toxic orange powder, I skip off with my less-than-best, thinking that God finally came through because I shook my tiny fist at Him. Meanwhile, I wonder why I lack His power in my life.

My lesson is that I need to learn between persistence and stubbornness. When the Lord says no to me, time and again, rather than behaving like a petulant child, I want to be willing to say, “I will trust you.” I want to ask for HIS WILL, not my own. I want to receive what He actually gives me with thanksgiving, not grumpiness.

How can you tell the difference between persistence and stubbornness in your heart? Has God ever allowed you to have the second-best? How was it?

Katrina Ryder is married to an elementary school music teacher and is the mom of three Cheeto-eaters. Formerly a high school teacher and missionary in Papua New Guinea, she now stays home in small town NC, gives herself pedicures, and eats bon-bons. Bwah-ha-hahaha. Katrina, who never avoids sarcasm, is a reluctant real foodie who blogs about faith, finances, food, and family.  In it’s third year, Katrina’s blog has suffered an identity crisis and changed names from The Poorganic Life to KatrinaRyder.com. Katrina loves Jesus, missions, hip-hop dance, gardening, country music, Henry James novels, talking too much, wearing makeup, and eating crusty bread. You can connect with Katrina mostly on Facebook, reluctantly on Twitter, and almost never on Pinterest.